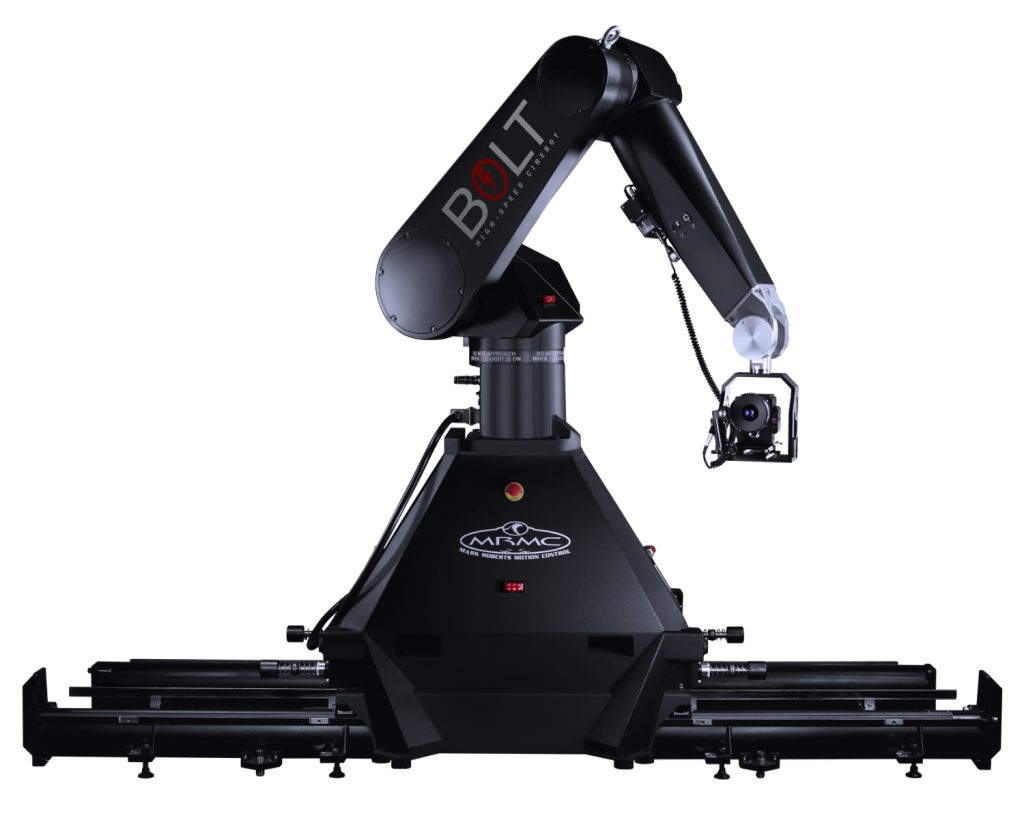 The Bolt High-Speed Camera Robot is the fastest of its kind capturing images in crisp focus that would be impossible by hand or any other method. The Bolt adds an entirely new perspective to filming, whether shooting commercials, tabletop work, film or television.

From a standstill to full high-speed motion and back to a complete stop in fractions of a second, the Bolt rig captures the fastest action with absolute precision. Capable of horizontal and vertical movement speeds of up to 2 metres per second, and a 180-degrees of rotation in a 1 second, the Bolt can keep up with almost anything.

Flair is MRMC’s premier motion control software. Designed to give exceptional command over camera movement, Flair precisely controls up to 500 axes of motion and interfaces seamlessly with CGI packages. Flair is the tool that makes your vision reality.

To add another dimension of movement for the Bolt, you can run the high speed camera robot on a track. Follow any object, person, or landscape to give much more flexibility in terms of visual creativity. Capable of speeds of up to 5 metres per second, execute any number of complex camera movements with pinpoint accuracy for new levels of dynamic high-speed tracking shots.